There’s more involved in successfully reshoring a foreign manufacturing operation back to the U.S. than simple cost comparisons. These initiatives have many moving parts and require careful planning. So where should a company begin?

Reshoring is a hot topic in manufacturing. Many companies are already doing it, and according to a recent BCG study, 54 percent of companies with over billion in revenues are now considering it. Walmart has pledged to spend $250 billion over the next 10 years for U.S.-made goods to be sold in their stores, and this will drive even more companies to reshore. It’s good for America. It’s good for our future. But it’s a road full of potholes.

What the news articles and interviews rarely describe are the failures — the projects that went sour and the teams that failed. A reshoring project is not a simple task of comparing costs in the U.S. versus some foreign location. Reshoring may also require a significant investment in the renewal and updating of aging factories in America. These “Bring Manufacturing Back” initiatives have many moving parts and require careful planning and execution and very skillful project management.

Those reshoring projects that have already failed have taken on more than they were prepared for, have neglected to include all of the people and internal departments affected by the decision, or were poorly planned and executed. Choosing the right U.S. location and the best facility for manufacturing are key components to the overall success of the program. This is not a decision for the facilities engineers and managers alone. It will take a team to get it right because the successful reshoring decision involves rethinking products, re-engineering production lines, and developing products that will sell in local markets. So where should a company begin?

As professional consultants, we always recommend that the reshoring leader start with a project charter. This will give the reshoring team an opportunity to think through and write about the goals for the project, get a clear picture of the tasks ahead, and identify the pathway it will take to execute the work.

The charter should include considerations of the various stakeholder groups including finance, engineering, manufacturing, purchasing, marketing, facilities, IT, human resources, and government affairs. All of these functions will play a role in the project. The reshoring projects that have faltered have done so when some of the stakeholders were left out of the decision-making process, leaving blind spots in the plan. The reshoring team should be inclusive, not exclusive.

Before a company selects a location for a new production facility, the initial innovation and automation work should be completed. This work will identify what new and innovative products will be produced in the new facility and how that production will be automated. Consideration for the new machinery required and the production floor layout will be essential information for facility selection and planning. Even though further work on product design and final recommendations on production machinery may come later, the basic requirements should be known after the initial steps are complete.

New types of machinery such as 5-axis milling, robots, and 3D printers require new thinking about production floor layouts. New machinery may require different spacing and access and dust-free areas for electronics. The reshoring team should work closely with facilities engineering to identify and plan for these special requirements.

Leaving manufacturing sites in China or other foreign locations has its own set of considerations, such as ending foreign employment contracts, paying exit taxes, and obtaining government approvals to leave. In addition, it may be difficult to retrieve your molds and dies from a foreign factory that thinks it is entitled to keep them.

The overall exit and the logistics process in moving a factory must be carefully managed. The advice and experience of an expert or an international law firm may be crucial to a smooth and efficient exit process. Failure to consider all aspects of exiting from a foreign country can cause delays and unexpected costs. Failure to comply with all of the foreign exit requirements may ban a company from ever returning.

Most of the reshoring information available to U.S. companies focuses on cost comparisons and does not consider other aspects of extracting your manufacturing from a foreign country. Be sure the reshoring team has considered all components of the move and timing before preparing a schedule for things to happen in the U.S.

Next, companies need to plan for what will happen when equipment arrives at the new U.S. factory location. Transferring a manufacturing line from one location back to the U.S. is a simple idea…but that is not what is happening in a reshoring project. It is not a straightforward process of packing everything up, moving to a new location, and setting up the exact same operation. Reshoring requires innovation, automation, and localization of products. It is not going to be a one-for-one direct transfer. The building configuration and requirements are likely to be drastically different, and so are the products to be manufactured and the markets served.

Extensive automation of the production lines is usually required to extract as much labor as possible from production costs. In this way, costs can be kept competitive with overseas factories. This automation will require investment in machinery and different line configurations. The new, automated factory may demand a different style of building from the current foreign location and careful planning and engineering before the move plans are announced.

Consider Otis Elevator. Otis attempted a reshoring project, bringing production from Mexico to South Carolina. But Otis’ efforts did not go well. “I think we failed on both the planning and the execution side,” Robert McDonough, CEO of the United Technologies unit that includes Otis, told analysts in March, according to The Wall Street Journal. The reshoring project cost Otis $60 million last year and that figure continues to climb.

So what went wrong? Otis representatives say the company failed to consider the consequences of the new location and tried to do too much at once, including a supply chain software implementation. After they built their new plant they found that the U.S. location they had chosen didn’t have the skilled workers that they needed. They couldn’t staff the production line as expected. The SAP implementation took longer than planned and a realignment of products became a complication.

Your company may have identified a favorable and low-cost U.S. production area, where governments have offered attractive incentives, real estate costs are low, and communities are anxious to bring in new businesses. However, failure to account for the existing skills of workers in the geographic area may be a major disaster to your reshoring efforts.

As in the case of Otis Elevator, the skills required to support a specific production line may not be available in a small town or the outlying community, even though unemployment rates are high and there are many general applicants to choose from. A company’s human resources department needs to be closely involved with the reshoring effort and site selection to validate a skillful existing workforce or some way of attracting new workers to the area. Another possibility is to partner with local community colleges for training programs that can train workers in the right skills for the jobs available. But this will take time, perhaps years, to accomplish.

The company’s supply base is another important consideration. Locating in a low-cost area may appear to be the right decision, until the supply base is taken into consideration. Reshoring managers should work closely with purchasing to determine where suppliers are located, especially those suppliers producing long-lead-time items and strategic parts. The ability to closely manage these suppliers will be very important to keeping production on schedule. Of course, you must also consider where your customers are located. You want to be as close as possible to your markets to optimize logistics costs. 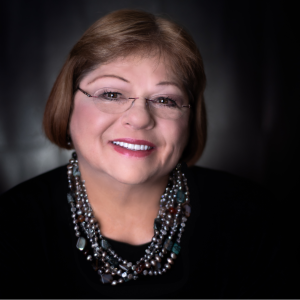 Rosemary Coates
Rosemary Coates (rcoates@BlueSilkConsulting.com)is president of Blue Silk Consulting, a global supply chain consulting firm. Her expertise includes China sourcing and manufacturing with 25 years of experience in global supply chain strategies, tactics and IT systems with 80 clients worldwide. She is the author of three books including, “42 Rules for Sourcing and Manufacturing in China.”
View All Posts