FMCSA Suspends Implementation of the URS

After a number of delays, the Federal Motor Carrier Safety Administration (FMCSA) has suspended the implementation of its Unified Registration System. The system was supposed to be fully rolled out on January 14, 2017.

The Unified Registration System (URS) is a plan to streamline the process of license renewals and changes for transportation professionals. The FMCSA also aims to better control the database of licensees through this innovation.

Here is an overview of the URS history and what’s planned for it ahead.

The basics about the Unified Registration System (URS)

The idea of the URS is to simplify and bring into one place all licensing and reporting done by the FMCSA. The end result should be a single, smart ‘online form’ that gives an easier access to data and a higher level of transparency.

The first phase of the URS was started in December 2015. It affected new carriers registering with the FMCSA. Instead of going through the regular procedure, they have to undergo the new URS method for moving through the licensing process and submitting their freight broker bonds. About 100,000 new registrations have been made via the URS.

In July 2016, however, the FMCSA decided to move the full implementation deadline to January 14, 2017. This meant that by April 14, 2017, all licensing done by the Administration had to be through the URS.

The January date for complete roll-out has been suspended for an indefinite period of time. While the FMCSA continues to stand behind the project, technical delays have prevented the full rolling of the system.

The licensing authority now plans to first fill a complete central database by migrating all existing data. It aims to verify the compatibility of the system with individual states before implementing it for all licensees and provide needed education and information for all relevant bodies. The URS will go into full power once the technology is complete, so that the transition is smoother.

Besides the actual new registering of carriers, the Administration has conducted a number of additional procedures. They include screening of DOT numbers and clearing 360,000 unused ones, as well as checking all applications for previously disqualified carriers who want to get into business again. The FMCSA stated that even though the new system is not in full force, it has already saved the industry $3 million.

What the suspension means for transportation professionals

With the final stage of the URS, all brokers and carriers were supposed to move to the new system. However, as this full implementation is now suspended, professionals who have an existing registration with the FMCSA will continue using the old method.

This means that all reporting and registrations will continue to be done via the current FMCSA procedure. Existing licensees can still display their current authority numbers rather than an URS number.

It’s a good idea for freight brokers and carriers to stay on top of FMCSA decisions regarding the implementation of the URS in order to make sure they don’t miss important updates. While the process has not been exactly smooth, the transition to the new single system aims to ease the licensing of transportation professionals and ensure visibility and high standards in the field.

How do you see the URS working out for the logistics industry? Please share your thoughts in the comments below. 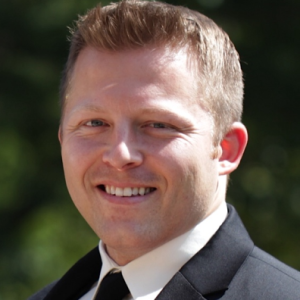