“I sell here, Sir, what all the world desires to have – POWER”, – Matthew Boulton.

The “Power” Of Harnessing Power

From the infancy of the industrial revolution where Matthew promoted his steam engine, we humans wanted to encapsulate power in our hands.  In the early 1900s electric cars running on lead acid batteries vied with the early unreliable internal combustion engines. Now, 100 years later, we mostly use vehicles powered by internal combustion engines, but a few remaining vehicles, such as lift trucks and Kiva robots (made by Kiva Systems who is now Amazon-owned and called Amazon Robotics), are powered by lead-acid batteries.  Lead acid battery life is still an issue. For example, Kiva robots, require brand new batteries every year.

Modern electronics ratcheted up the demand for portable sources of electric power. When I used my HP45 calculator, the nickel cadmium cells in the battery pod drove most users nuts.

As an engineer, I replaced cells in the pods as they died from military surplus.  Never figured out what caused this highly variable battery life. Some died the first week, others went for a year or longer.  Market pain of this level spurred heavy development effort, which resulted in the NiMH (Nickel Metal Hydride) battery.  The highly toxic cadmium electrode was replaced by an intermetallic electrode, which in the most effective versions includes rare earth elements. This improvement tripled battery storage capacity (almost equaling lithium ion) A few marketplace knee jerk reactions occurred.  Chevron bought the patent and blocked NiMH batteries used in electric vehicles.  NiMH use in hybrid vehicles was approved, because they still run on gasoline. The driving range of a Prius in electric only is about 1 mile. The Tesla end run using lithium batteries, probably caused the NiMH patent sale to BASF in 2012.  The Chinese leveraged their short term monopoly on rare earth supply for political purposes.

The Convenience and Innovation of Light Weight Sustainable Power and Energy

When the Prius first came out the automotive engineering community believed that a short NiMH battery life would be its downfall. Slamming power in and out at variable ambient temperatures is exactly opposite to what is optimum for extending battery life. NiMH battery life proved better that our concern, but is still a factor.  Smash and grab thieves currently target Prius battery packs, because they can get $1000 for a used pack when an owner is faced with a $2500 replacement after about five years of use.

We enthusiastically adopted the convenience of laptops when the intersection of lower power usage computer chips coincided with lighter-weight lithium battery development.

Lithium batteries take advantage of the fact that lithium is the lightest metal.  Unfortunately, all high-density energy storage materials are a fire hazard. We have heard about lithium battery fires in laptops, planes and even Tesla cars.  Our familiarity with normal cars causes us to forget that gasoline fires in cars are also very common.  Most lithium battery makers are still focusing on electrode development in that battery life is still a frustration.

Based on a successful trial, Eos has just received third round funding for their grid scale zinc air battery. They are working with Con Edison to replace coal fired peaking power plants with batteries. It takes a whole lot of batteries.

In modern logistic fashion, they package their batteries with the control electronics in sea-land containers.  A multitude of these containers equals a power plant. The Eos battery evolved from the zinc dry cell that we are familiar with. Hearing aid manufacturers needed an affordable light weight battery to create a comfortable unit. The design of the dry cell was evolved to gather one reaction agent from the air.  Most people do not realize this is similar to a gasoline engine which burns 10 lbs of air for every one pound of gasoline.  Gasoline engine cars would be heavy, like Tesla electrics (4000 lb vrs 2000 lb), if they also had to carry the air that is burned.  Eos evolved the zinc air battery further to create a rechargeable battery with a long life.  This innovation cut the cost of storing electrical energy in batteries by 50 percent.  Most of the electrical vehicle manufactures have taken notice and it would not surprise me if all electric vehicle manufacturers use zinc air for some portion of their batteries.

Batteries are encapsulating power in our hands.  The cordless drills, shavers, weed eaters, vacuums, lawn mowers, snow blowers,  that we enjoy, are just the spin off benefits. 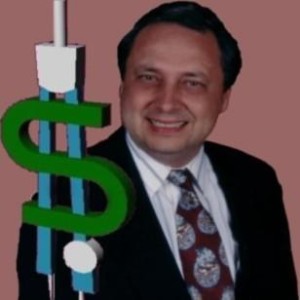