Although the aerospace industry employs countless hundreds of thousands of workers, robots are still necessary to complete many tasks. These heavy-duty robots play a key role in many manufacturing processes, ensuring uniformity and safety. Here’s a look at how robots are helping out the industry.

In partnership with KUKA Systems North America, Boeing developed a robotic manufacturing process for its aircrafts’ fuselages. In a traditional fabrication process, mechanics would labor on either side of the part and work using repetitive motions. Done this way, the process stressed their bodies and required rotating the fuselage for easy access. Overall, it wasn’t cost-effective or safe.

Under the new Fuselage Automated Upright Build (FAUB) system, the fuselage stays in a fixed position while robots take care of the drilling, fastening and riveting. While workers are still required to load and assemble parts of the fuselage, FAUB takes care of the tedious work that could injure workers. Boeing also expects that once the system reaches its full production rate, it’ll see improvements in workflow, quality, and cost as well.

EMI and EMC testing are crucial for the aerospace industry, though the process is cumbersome. However, using a system of robots greatly speeds things up. For example, Amber Precision Instruments found that switching from an X-Y gantry system to a 6-axis robot boosted accuracy and hastened repeated testing. What used to take them a week to test, they can now do in a day.

Above all else, ensuring the safety of the finished product is at the very core of aerospace manufacturing. There’s no room for error when you’re hurtling miles above the Earth’s surface. The interior components of planes must be fire retardant and able to withstand extreme gravitational forces. In the event of a crash, typically the fuselage works together with the seating systems to mitigate some of the impact.

Robotic testing goes a long way toward ensuring parts are up to spec. Using advanced robotics, companies can test the limits of just about every part, from the airframes and gear trains to landing gear and seat belts. Oftentimes, companies use the robots for ultrasonic or visual inspection, using high-tech cameras and sensors. Some, however, go the extra mile and use 3-D scanning to confirm the part’s dimensions and integrity.

Because aerospace manufacturing is by nature a high-risk business, it’s only natural that the industry would integrate robots into its manufacturing processes. Robots have the superior ability to work tirelessly and produce uniform results again and again. They speed up critical testing procedures and inspect parts for flaws.

The next time you’re taking a flight, consider all the manufacturing and review processes that went into each and every part. With a whole fleet of robots behind it, the plane that carries you on your next vacation has never been safer. 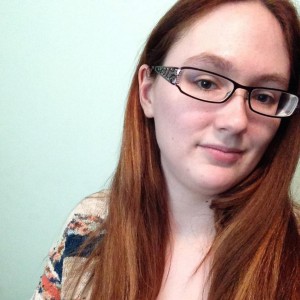